Sofia, a young trans woman, meets Isaac at a party. When he invites her to go home with him, Sofia must talk herself through her options. While Isaac is having exactly the type of night he wanted, Sofia faces conflicting fears and desires. Is it safe to leave with someone she just met? Should she disclose that she’s trans? A sensational kiss solidifies her decision to go with him, and as their chemistry intensifies, so do the stakes for Sofia. After she discloses that she’s trans, the night takes several unexpected turns. 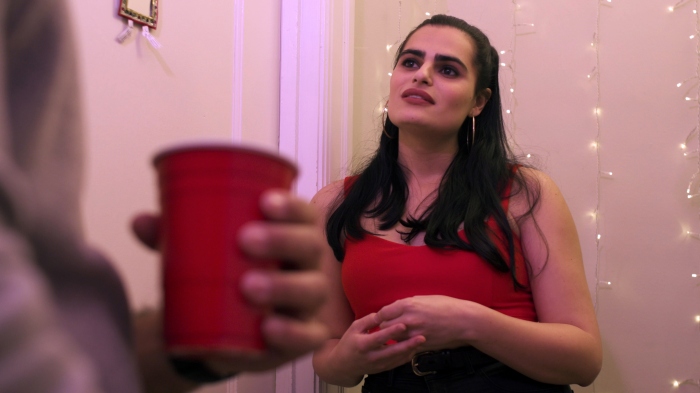 Waking Hour exists thanks to a community of hundreds who rallied behind the wild idea that a twentysomething trans woman could write, produce, direct and star in her debut short film. A successful crowd fundraiser financed the film’s micro-budget, and a team of creatives banded together to make magic. This film belongs as much to the cast and crew as it does to every person who lent us couches, kitchens, cars, and much-needed guidance and encouragement.